Mr. Schmitz founded BIS Global as a provider of interactive web-design and application hosting services near the height of the "dot-com bubble" in 1999. 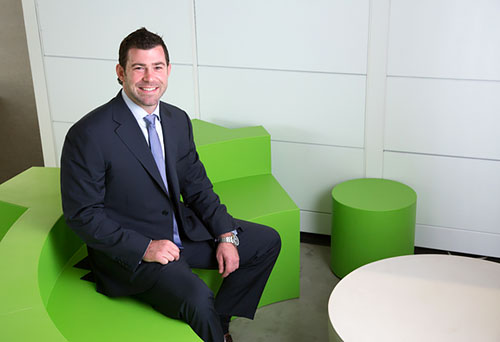 Despite the many years of tech-sector turmoil which soon followed, he was able to lead the company to profitable growth (almost entirely through word of mouth) based on an innate ability to deliver innovation and creativity when called-for, and a dogged determination to provide the highest possible quality work product and post-sales support – all with an overarching interest and commitment to building long-term relationships. Over the course of its first decade in business, Philip also provided the vision and spearheaded the development of the company's flagship portfolio of enterprise web-based application services – which collectively support hundreds of BIS Global clients across every major industry sector.

Prior to founding BIS Global, Mr. Schmitz was successful in bringing several large scale web-service initiatives from concept to fruition; from implementing the first distance-learning portal for the largest voluntary professional association in the world – to the development of multiple integrated application services for a leading provider of secure online voting and constituent advocacy software.

Philip studied architectural design and computer science at the University of Maryland before going on to earn a B.S. from the University's top-ranked Decision and Information Systems specialty program. He grew-up in Bethesda, Maryland, the eldest of eight siblings, and takes special pride in his brother Capt. Nicholas Schmitz, a Rhodes Scholar and graduate of the U.S. Naval Academy who is currently serving in Afghanistan where he leads1st Platoon for 2nd Battalion, 1st Marines' Echo Company.

Philip played semi-pro football and practiced the combat sports of Muay Tai and Jiu Jitsu as a hobby for several years. He owns a French Mastiff named Porter, enjoys international travel, and can speak conversational Japanese.